Almost every application these days seem to communicate over HTTP/HTTPS protocol. As a developer, we might not need to pay much attention to this low level most of the time, but sometimes a problem might show up that needs us to drop to the level of the network and figure out what is going on. In such situations, using suitable web debugging proxy tools could make our life much easier.

In general, those man-in-the-middle apps can be used by developers in many cases, including:

There are a number of good options that can fill the role of a debugging proxy, including both highly-matured tools like Wireshark, Charles Proxy or Fiddler … and newly-developed tools like Debookee, or Proxyman.

Each of them has its own advantages/disadvantages so let’s take a quick look into all available options and find out which one that fits your needs.

Despite the similarity in features and functionalities, pricing varies a lot depending on the target users of each company. Wireshark used to be a go-to option for both individuals and enterprises as it was the first tool that offer a full set of proxy features in the market.

However, after 15 years released, it seems to start causing inconvenience and developers now shift to more newly developed tools like Charles, Fiddler, Debookee, or Proxyman.

While Fiddler targets Enterprises ($999/ license) or Debookee costs over 300$ to purchase all essential features, Charles and Proxyman seem to be more reasonable for both Individuals and SMEs due to the affordable pricing packages ($59/license). 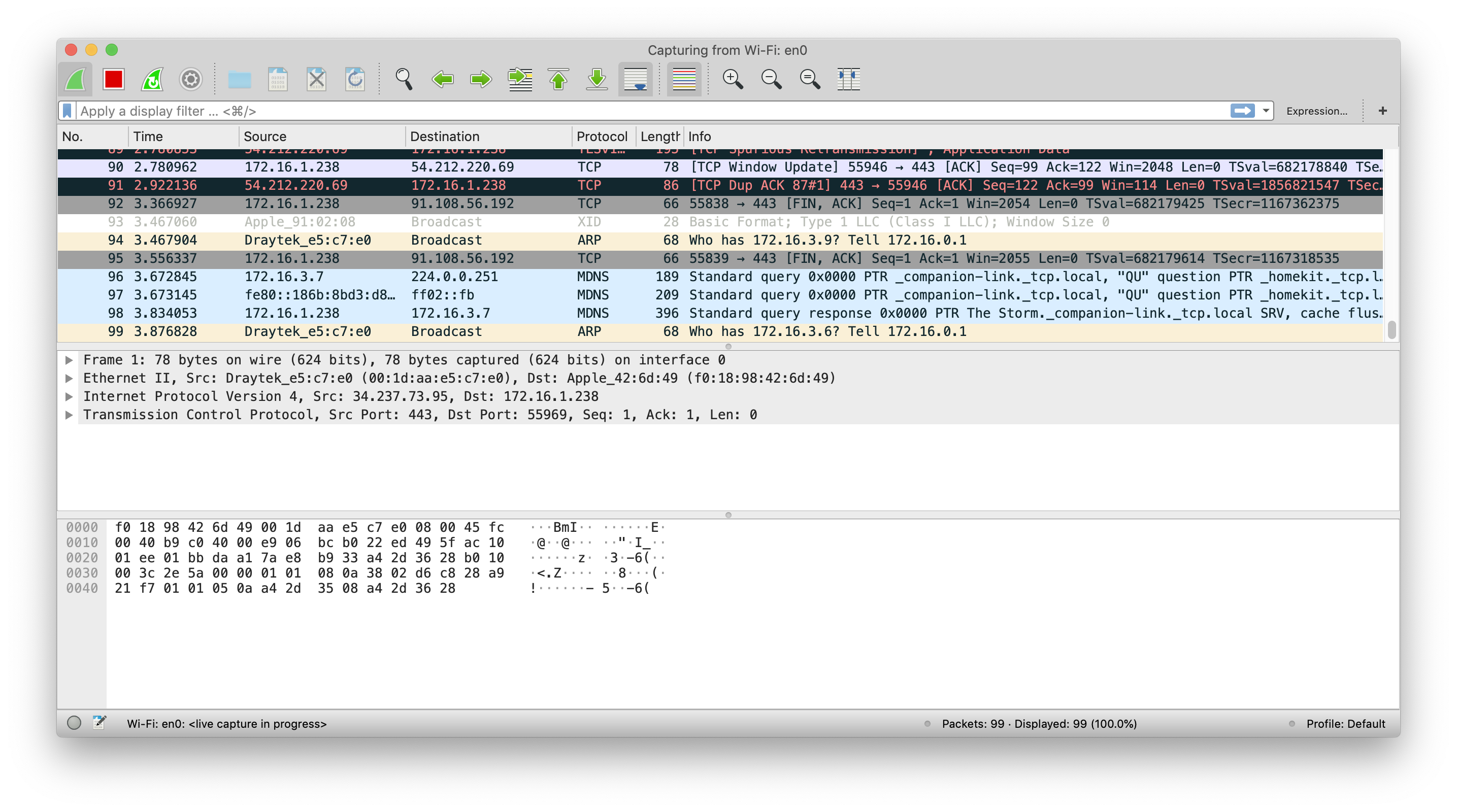 Wireshark is a highly credible cross-platform application that has been released since 1998. Although the UI is not quite modern, the current Wireshark version supports all platforms including macOS, Windows, and Linux. Some advanced features of the app are designed with a lot of low-level information to satisfy hard-core developers so it might not be friendly to other users. 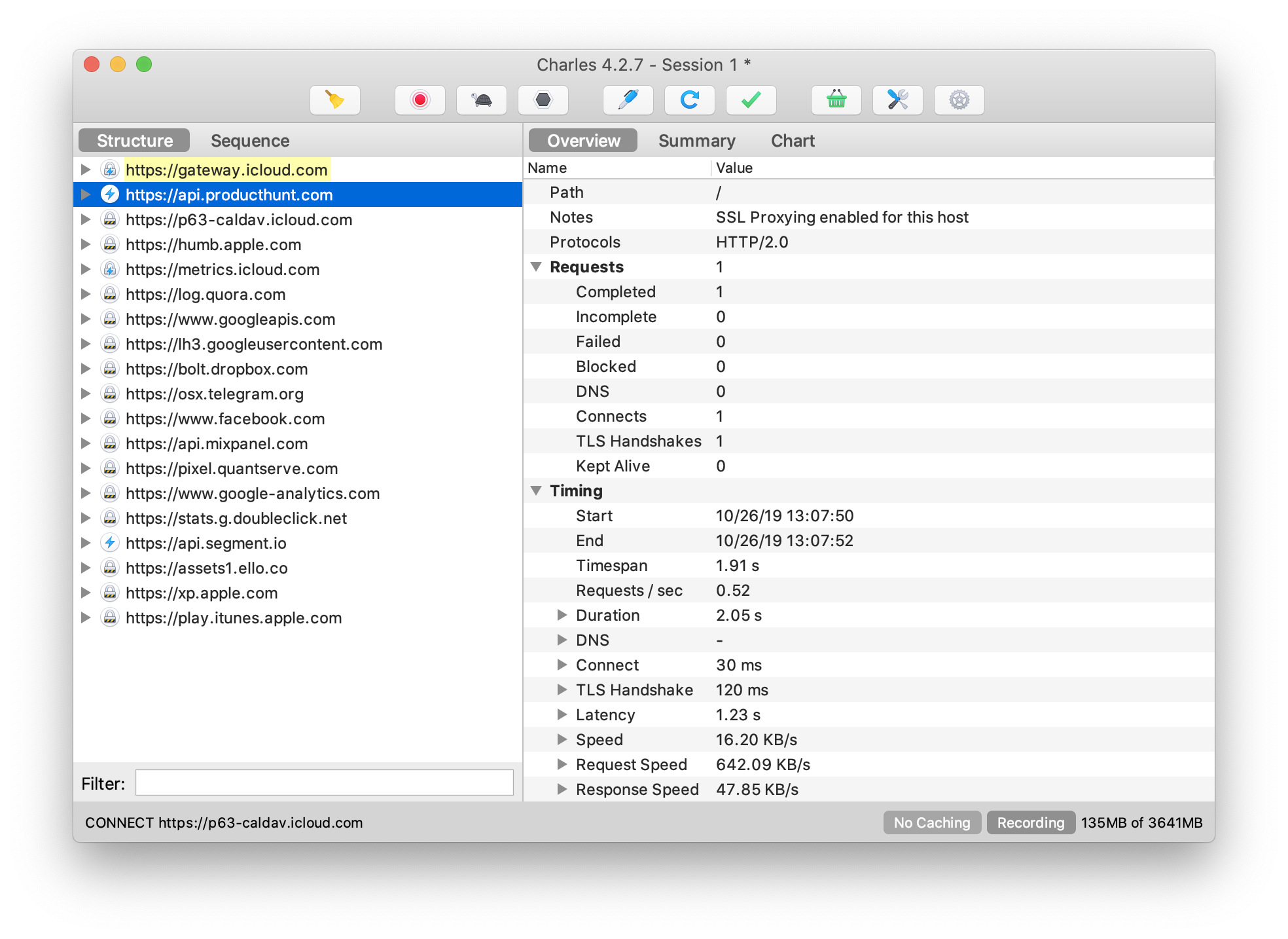 Similar to Wireshark, Charles Proxy is another cross-platform application written in Java language to support all platforms. It is also a highly matured and stable application that facilitates debugging procedures.

Although the app simplifies proxy features to become more assessable to users, the current UI and UX of the app have not been optimized and polished yet. 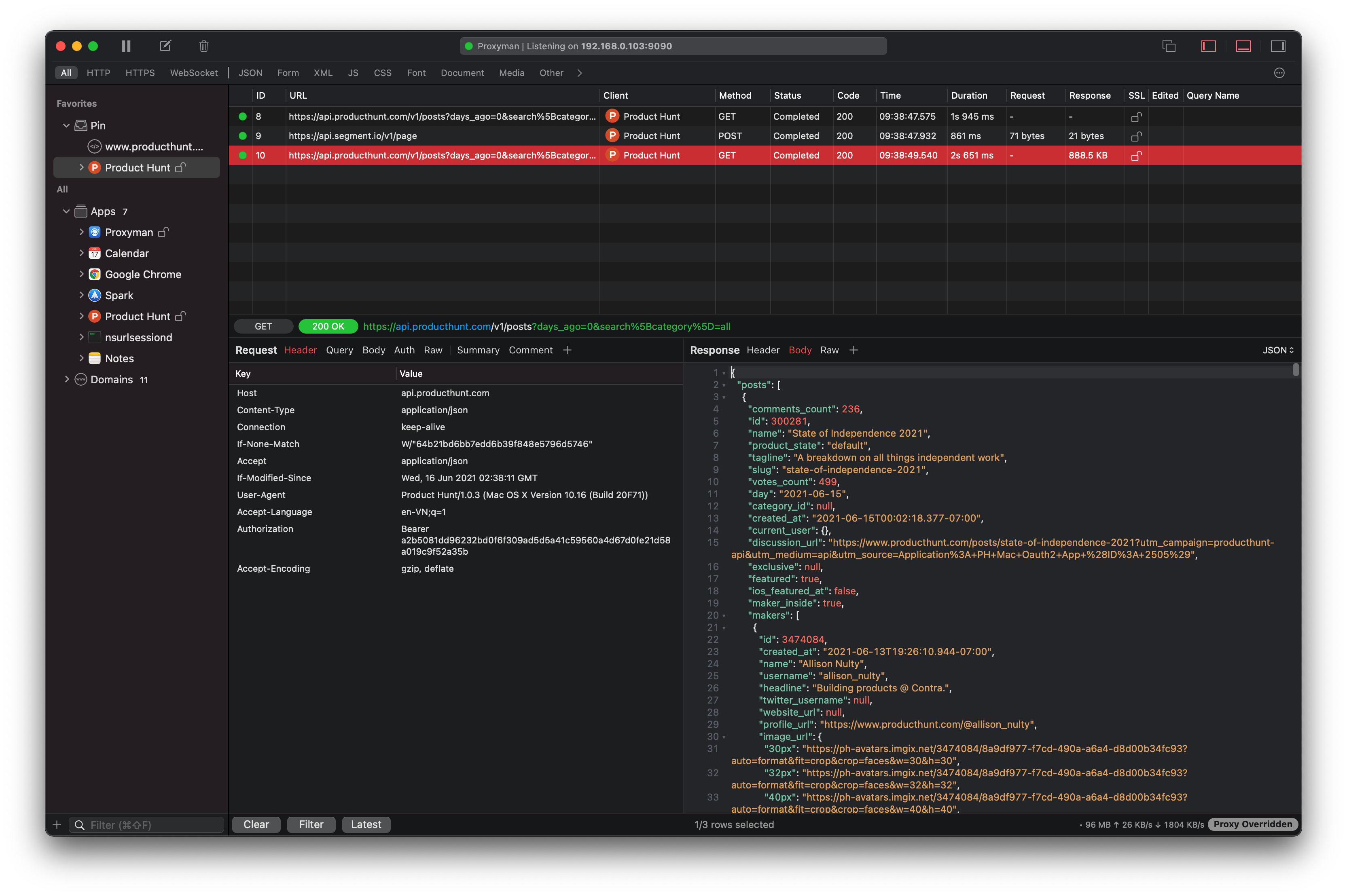 Proxyman is also designed to observe and manipulate HTTP(s) requests/ responses. However, different from the above tools, it is a native application that is tailored for each platform only.

That way, the app will be optimized to run with minimum system resource consumption and ensure that both UI/UX are user-friendly. Proxyman also offers comprehensive and powerful debugging features such as Breakpoint, Map Local, Map Remote, or Scripting tools to help developers debug with ease.

With that said, one big disadvantage of the app is that it only supports macOS and iOS platforms (Check out Proxyman for iOS).

According to the team, Proxyman for Windows OS is expected to be released in 2022.

What Proxyman is distinguished from other tools

Proxyman also refines the UI/UX of all debugging tools to be easier to use and fit with 2020+ design standards. 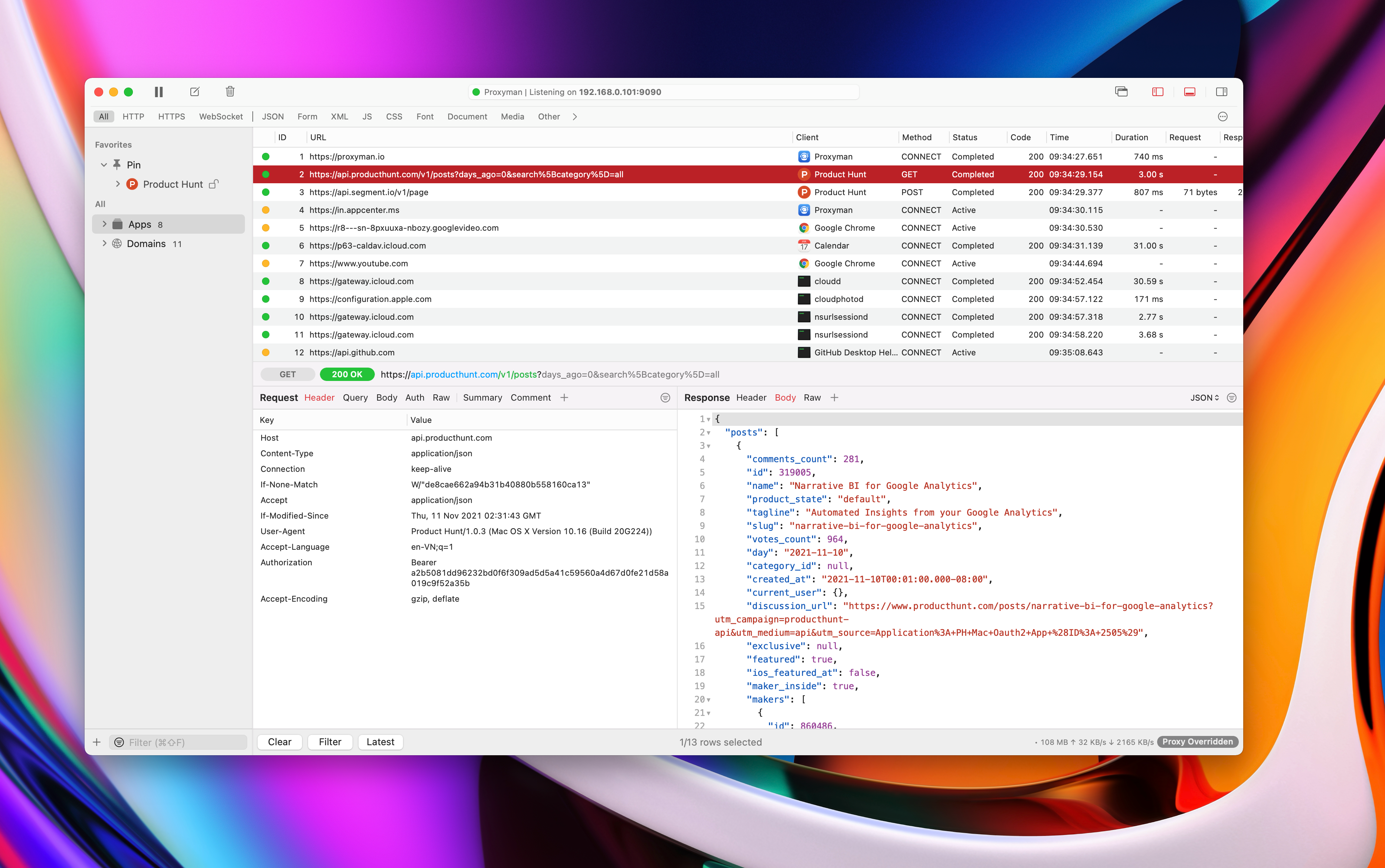 Proxyman provides various guidelines to set up Proxyman with the following devices. Some of them can be done with a single click. 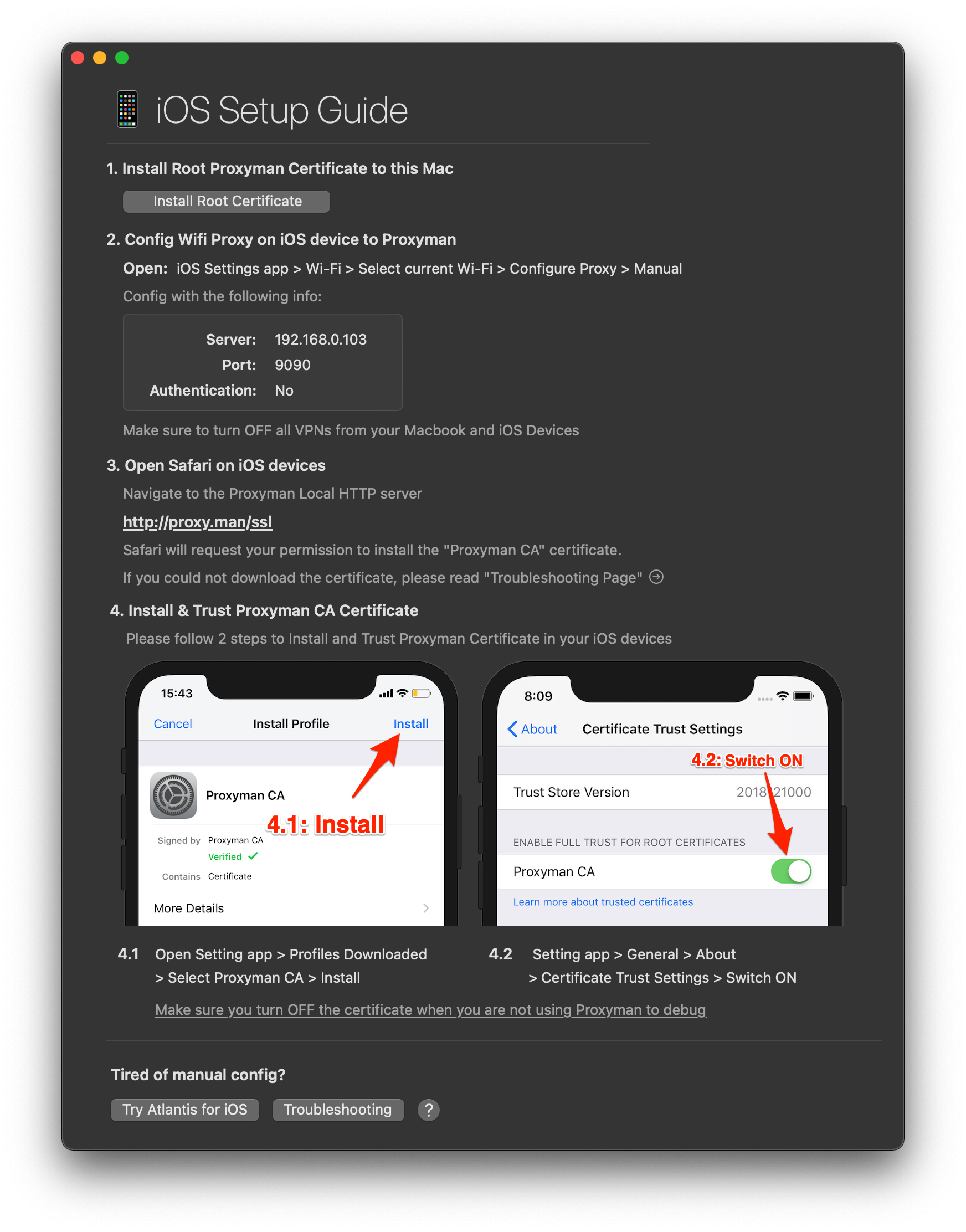 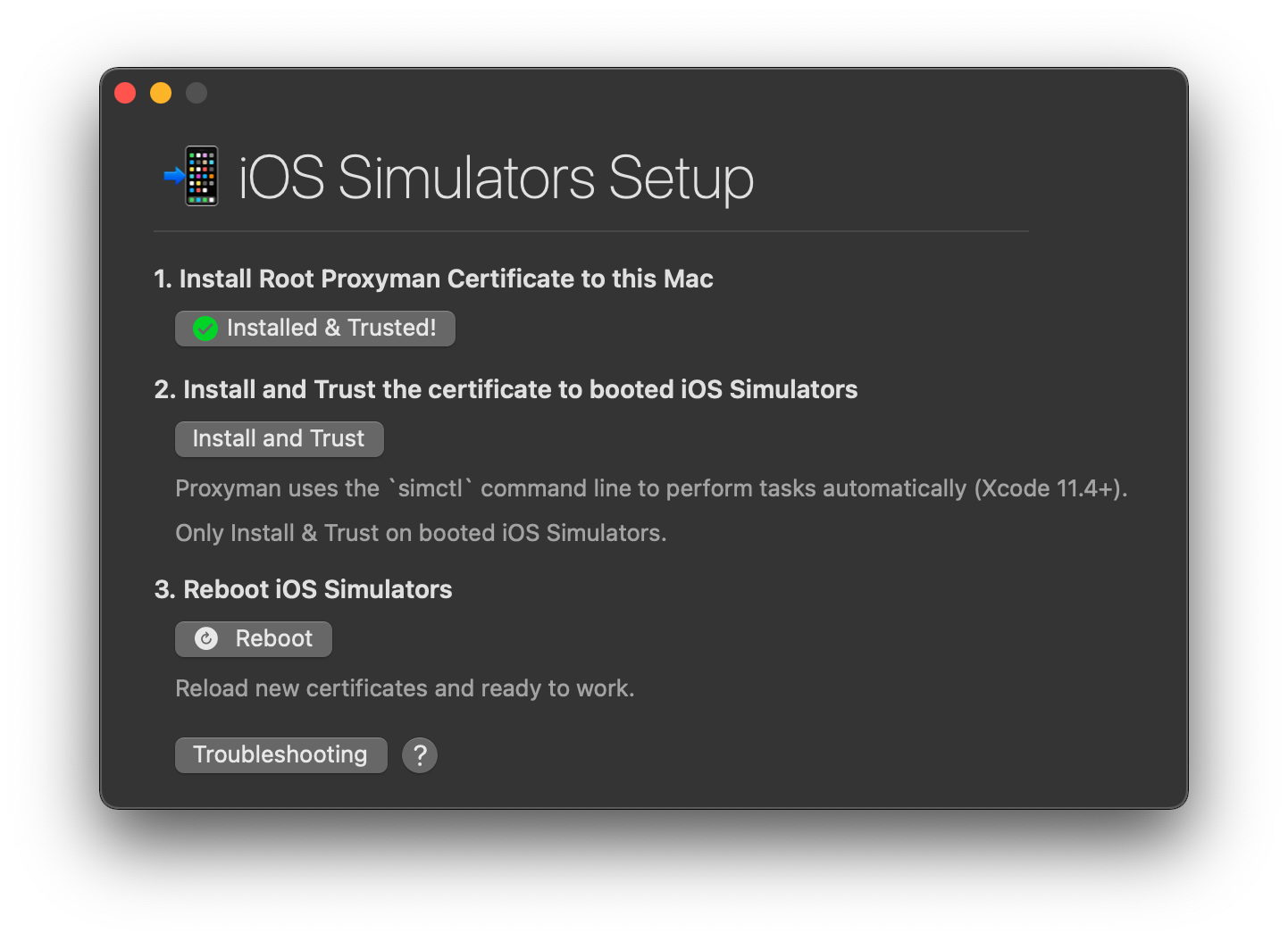 These guidelines are straightforward and friendly guidance as compared to other applications.

Proxyman offers a scripting feature that the developer could write the JS code to manipulate the Request/Response in a flexible way. 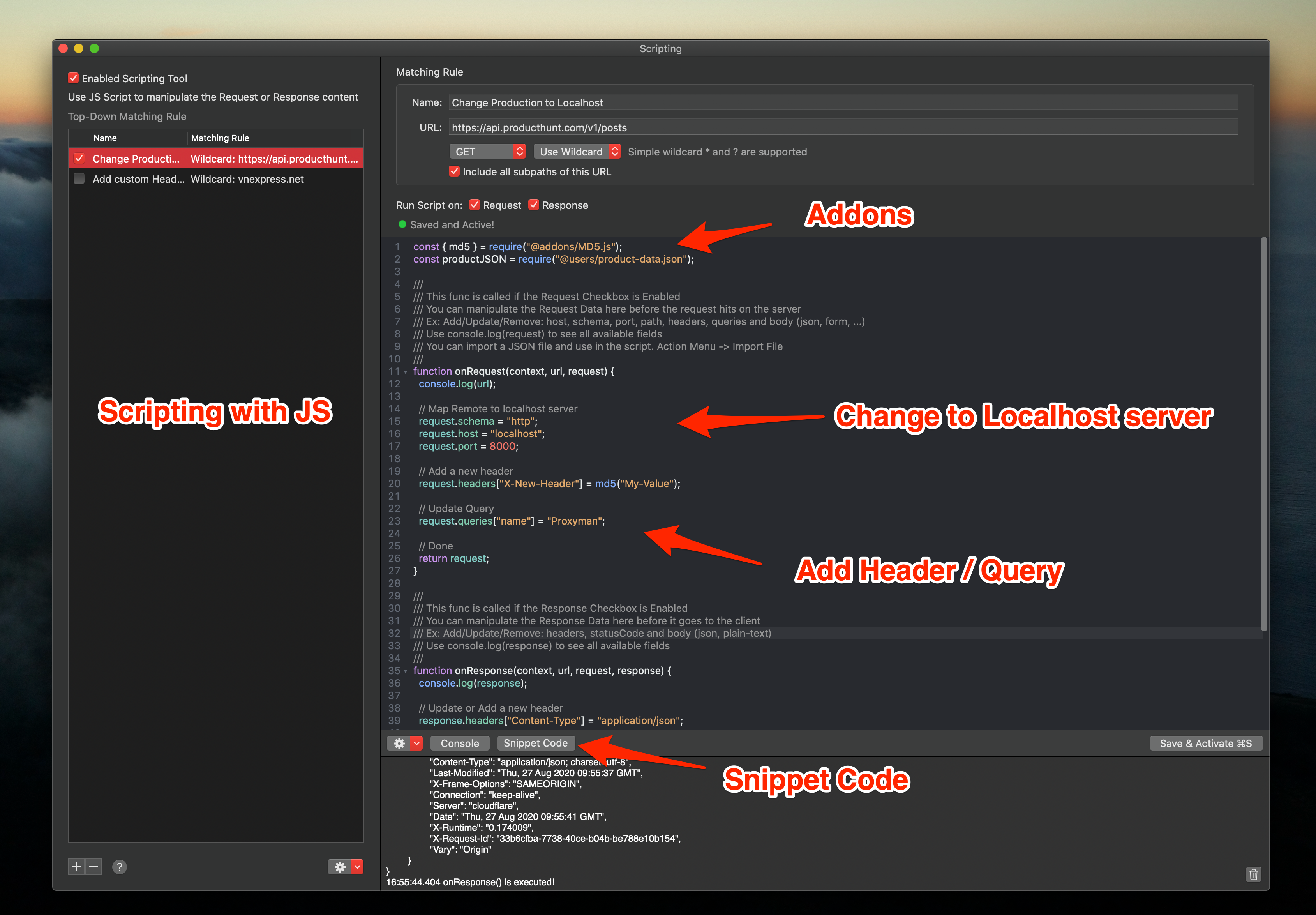 Since we are a small team, so we can omit all unnecessary procedures to move forward at a quick pace, but still, maintain the high quality of the product.

What we've achieved so far:

Which application is for you?

It is hard to decide whether each application is good or bad as it depends a lot on developers' preferences.

Proxyman is a high-performance macOS app, which enables developers to view HTTP/HTTPS requests from apps and domains on iOS devices, iOS Simulator, and Android devices.